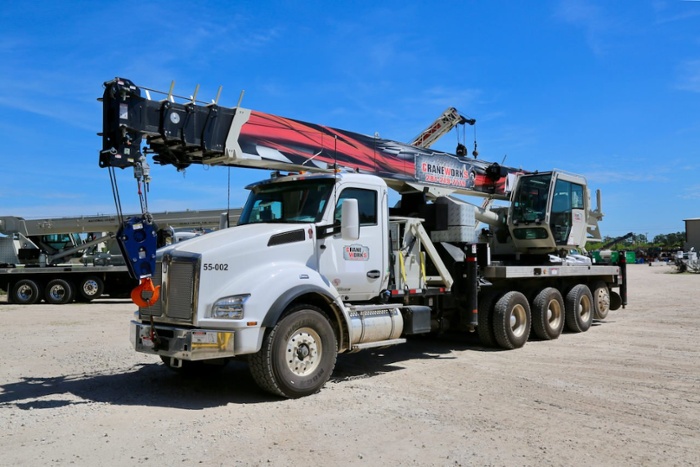 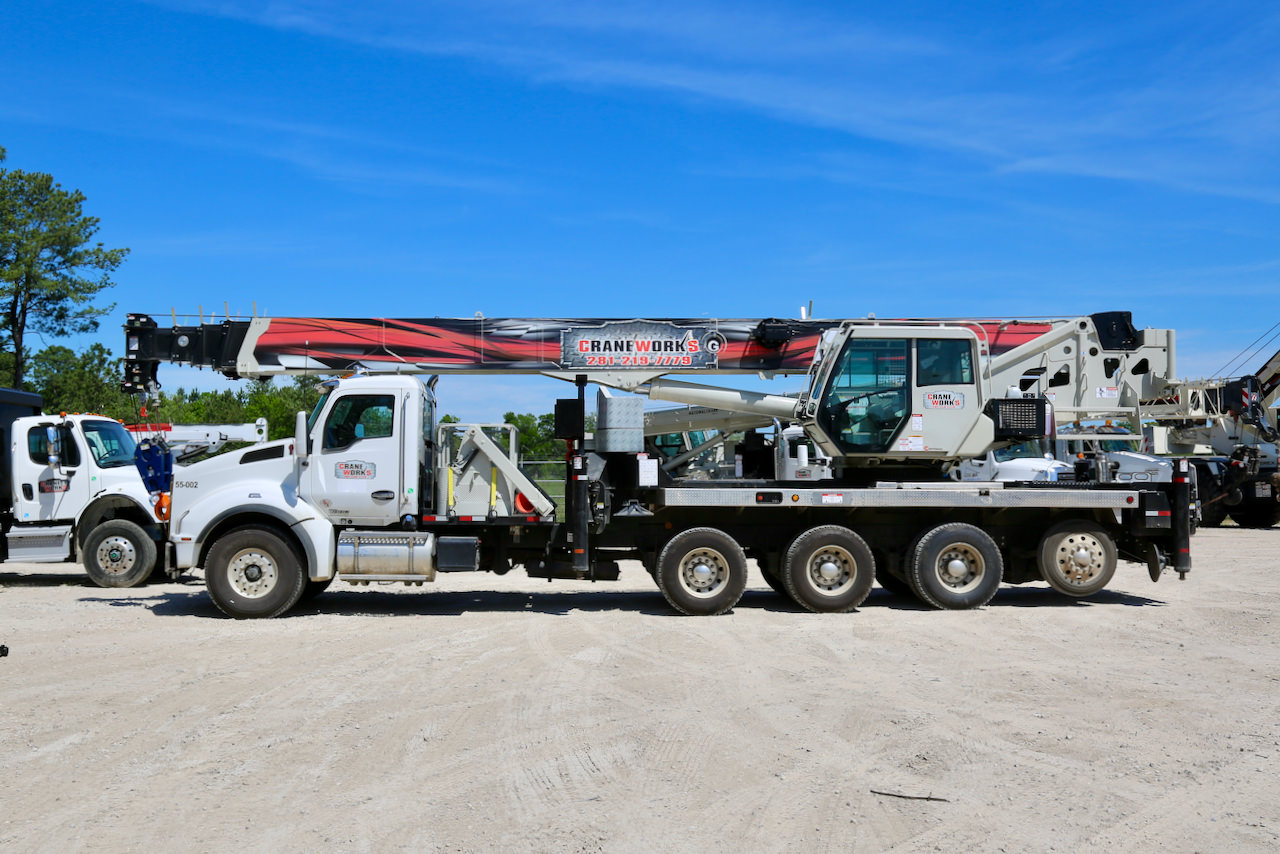 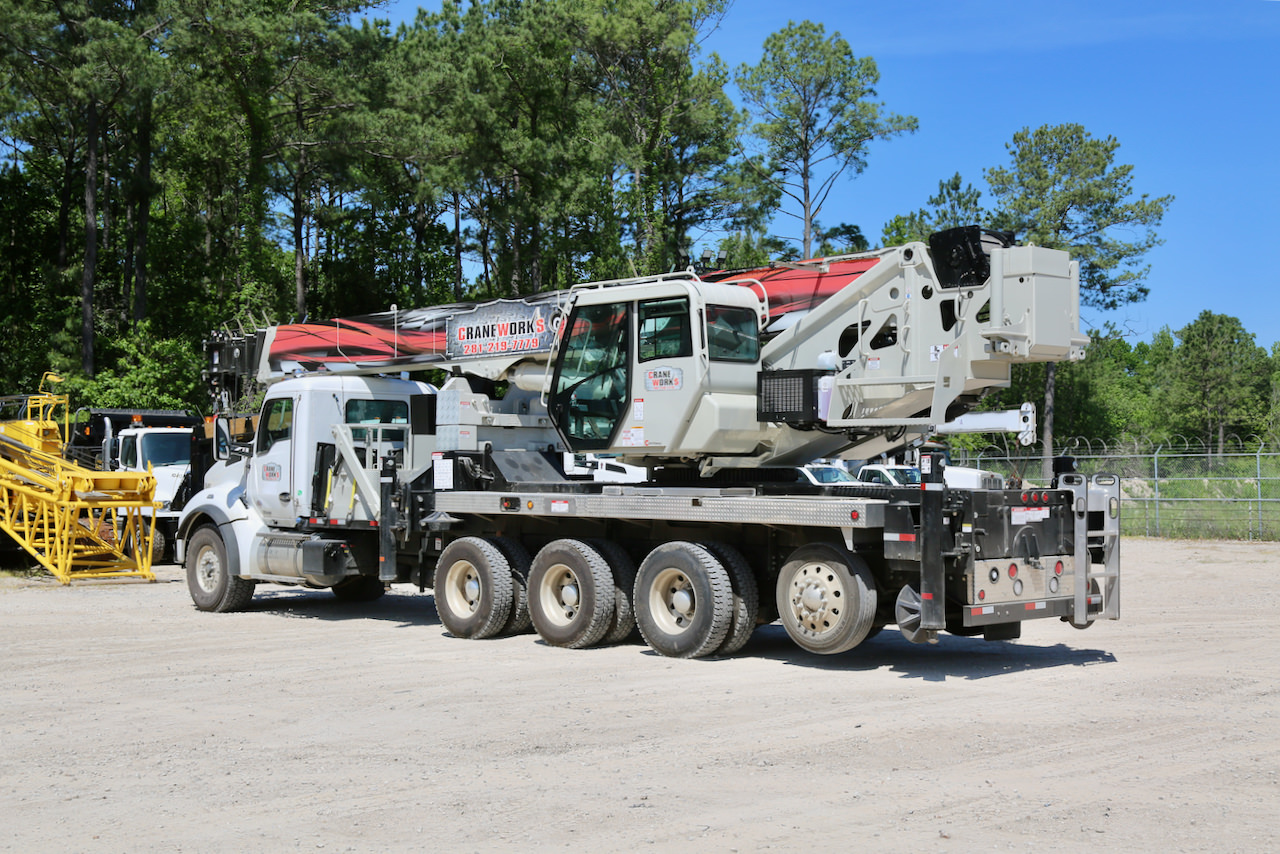 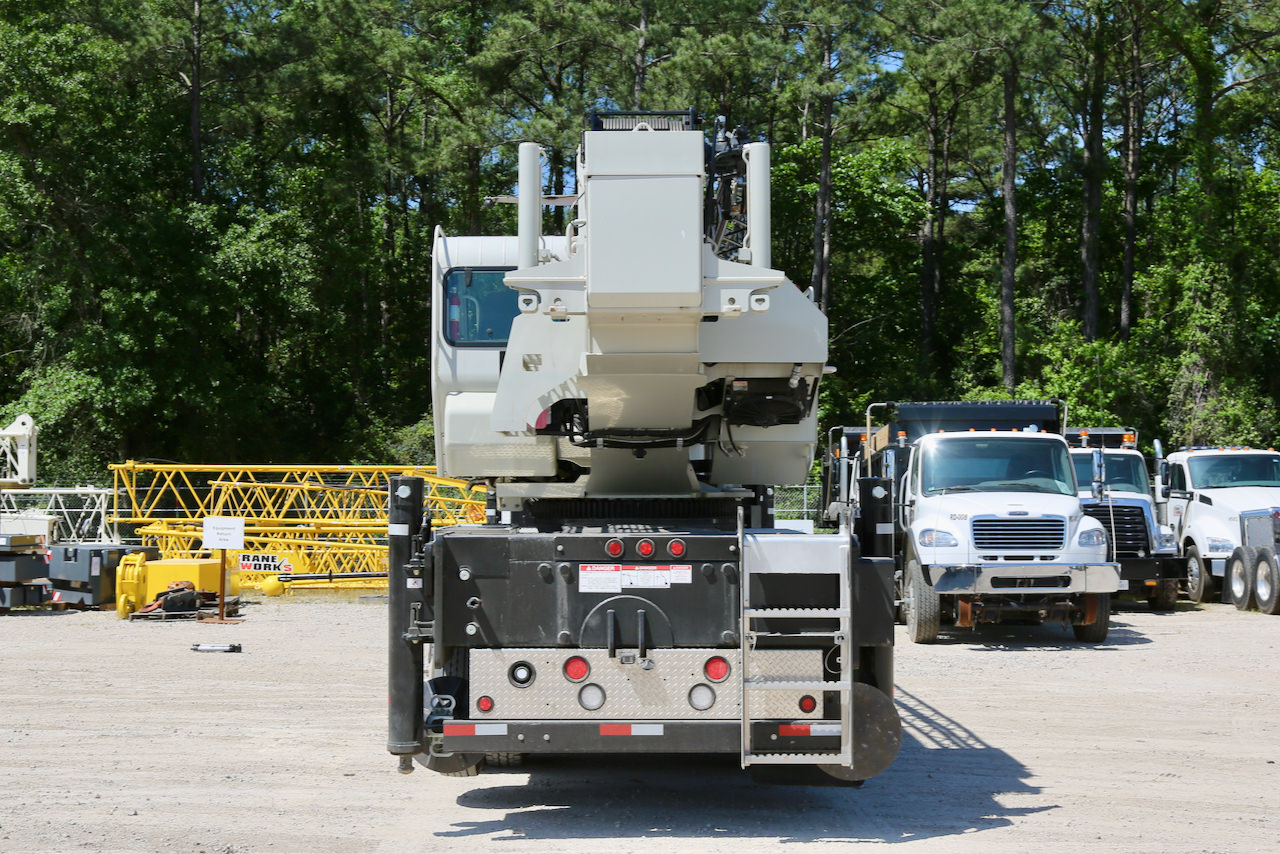 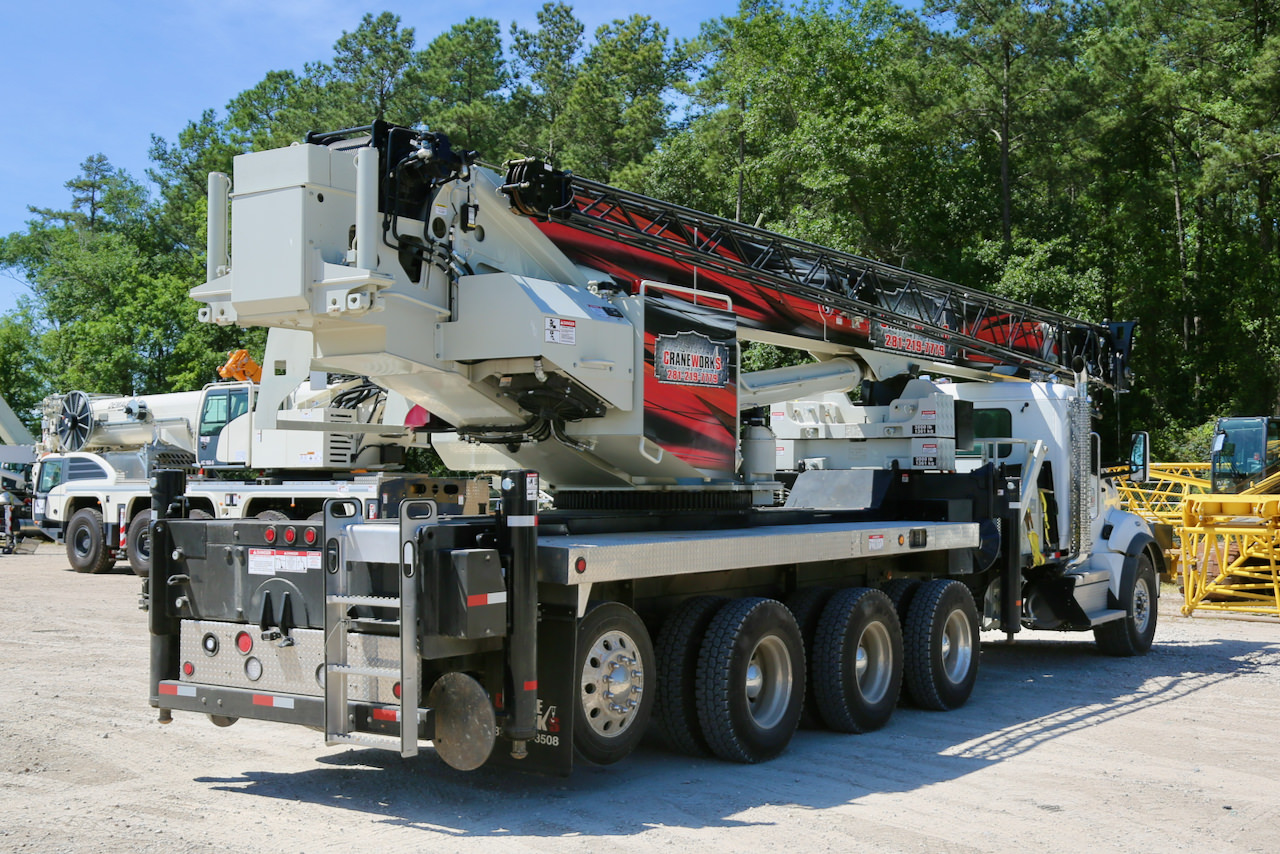 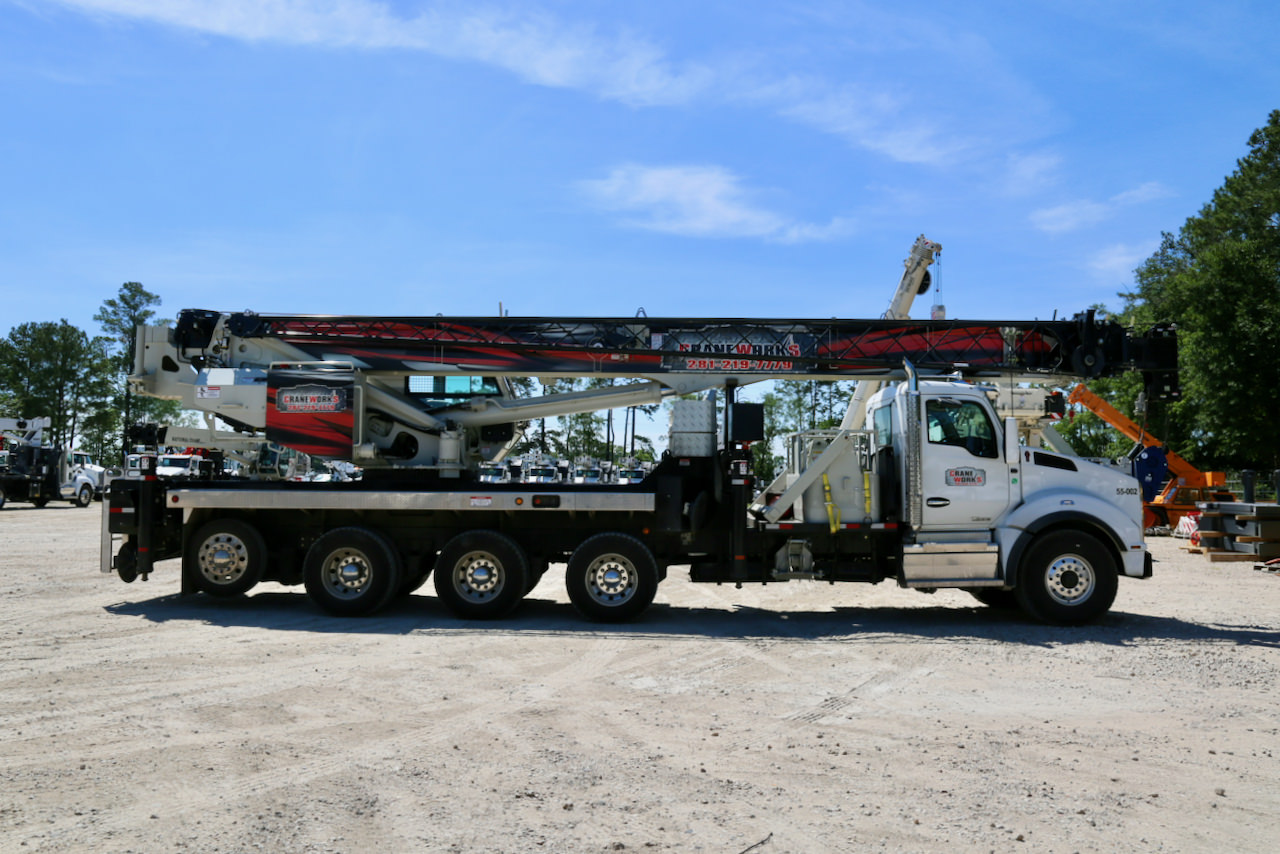 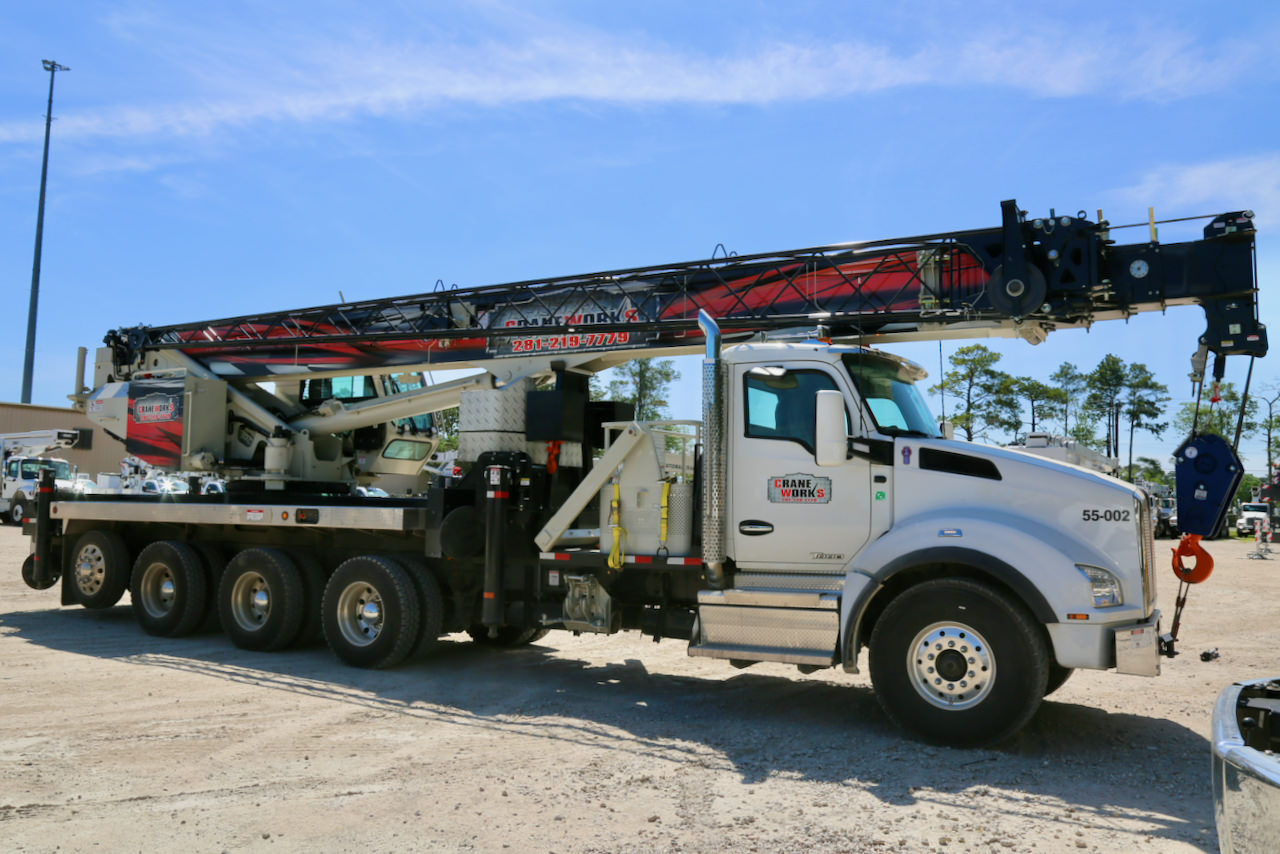 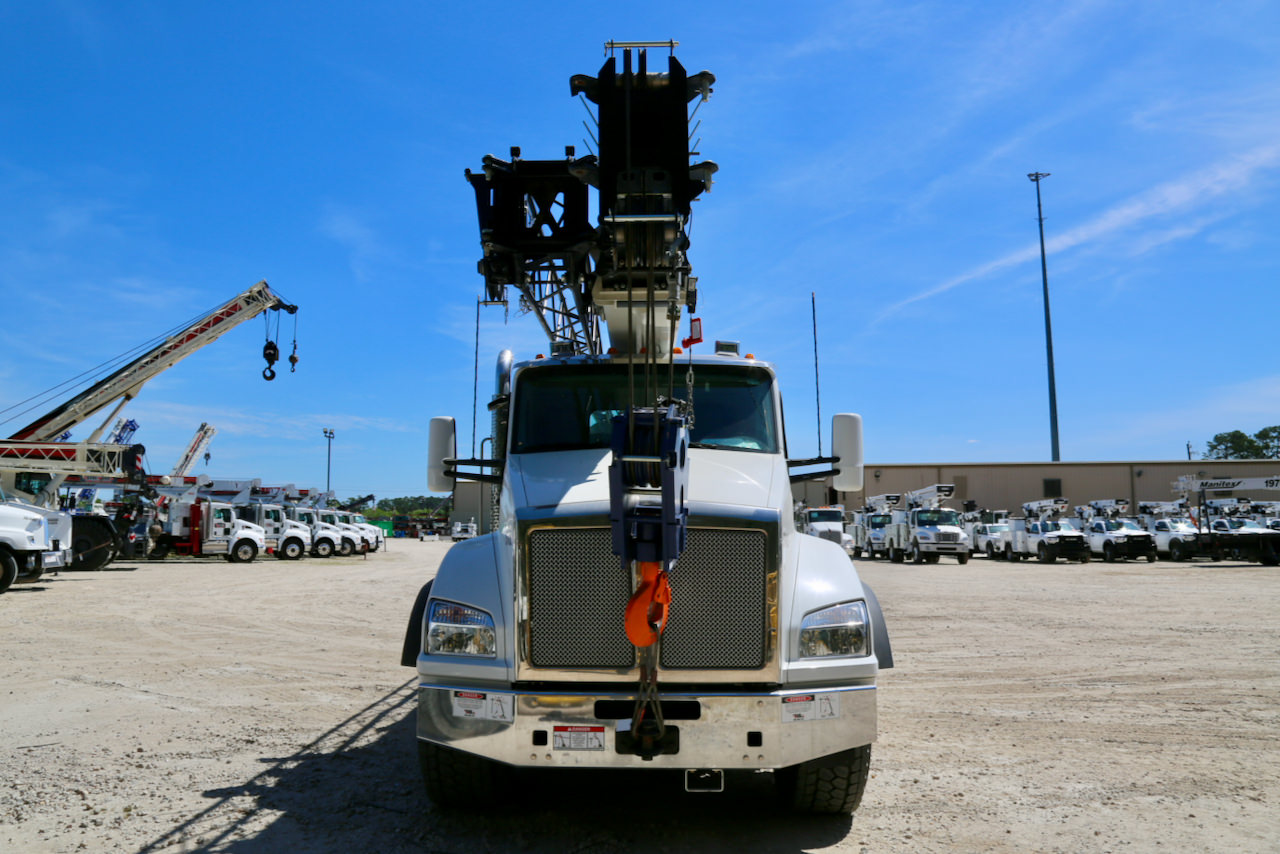 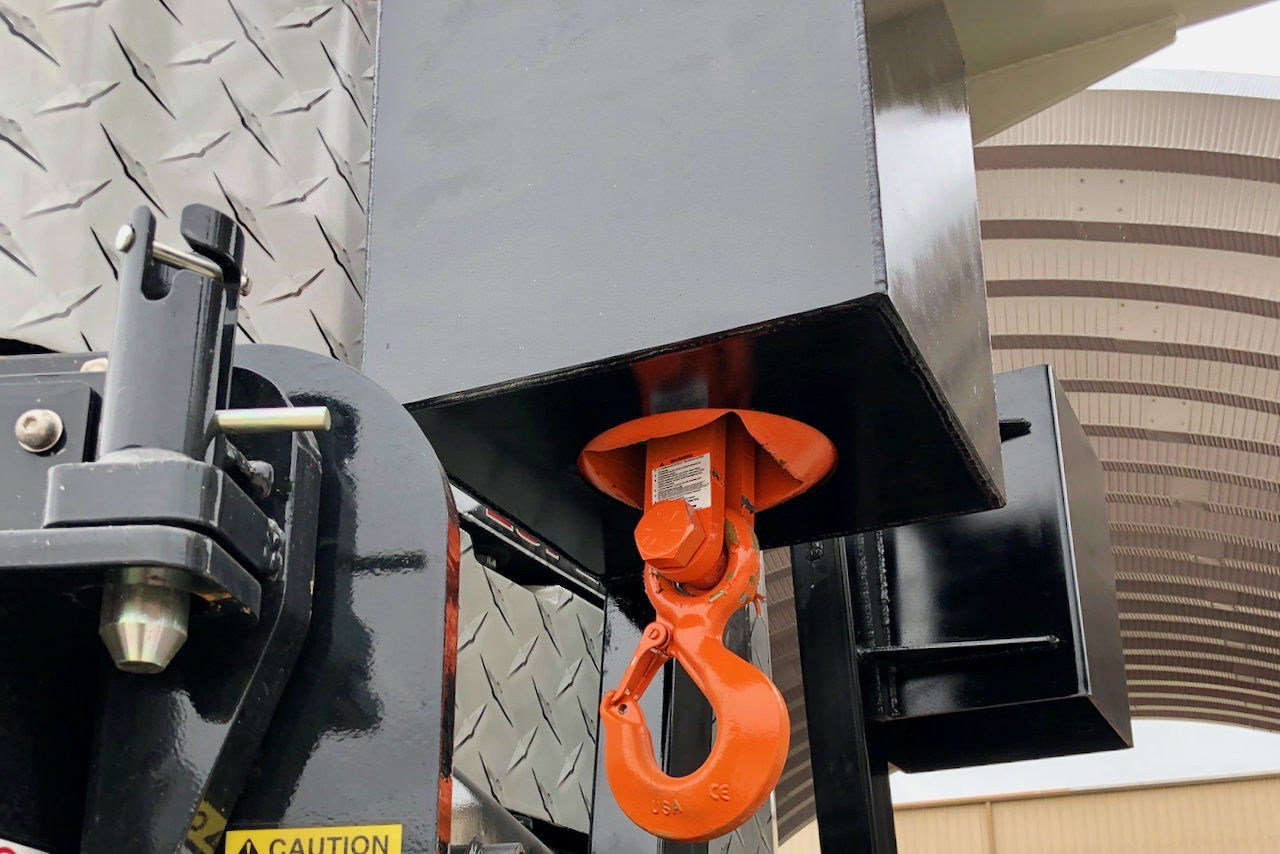 The National NBT50L Series is the next evolution of the proven NBT50/55 series. This series features a newly designed superstructure and boom that will have you reaching new heights with the same operator confidence due to the sturdy and rugged National Crane design. The series offers the long 46,0 m (151 ft) five-section full power boom in both the 50 USt and 55 USt capacities. Also introducing for the first time on a National Crane boom truck: an optional 11 m (36 ft) fixed lattice jib which is offsettable offering a total of three (3) offset positions. The NBT50L Series also offers the NTC Value Package bringing over popular features from the NTC55 including the 75% outrigger span for applications where an additional outrigger position is critical. This package also adds technology upgrades to a boom truck such as an integrated wireless windspeed indicator and a two-camera system for monitoring the hoist and rear/passenger side of the machine for enhanced jobsite awareness and safety.

To inquire about availability, submit your contact info below and we'll get right back with you. Thank you for your business! 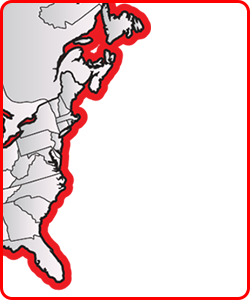